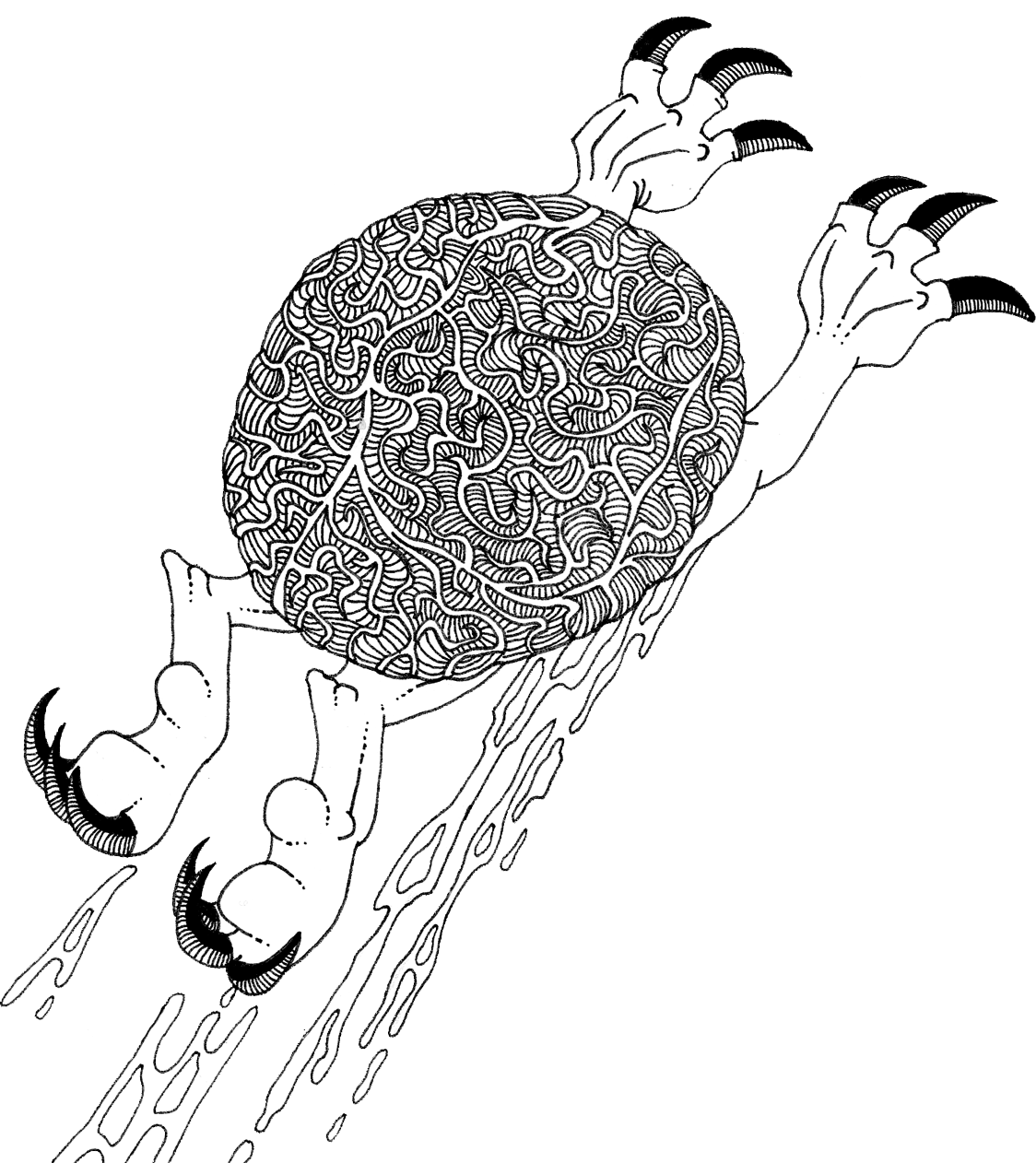 Earlier this week I received the good news that "Mind Blast!" won the EN World adventure contest. I was thrilled to hear my adventure had taken the grand prize, especially coming from such noted judges (Sean K. Reynolds, Keith Baker, and Kevin Pulp). Go here to download the adventure, and be sure to take a look at the other entries. There's some great stuff there.

As a concept, "Mind Blast!" has been hanging around in my head for a couple of years now. The basic premise - a psychic disaster on a colony world that causes personalities to be swapped - came from a Doctor Who game I worked on briefly. It never came out, but we had some fun levels planned for it. 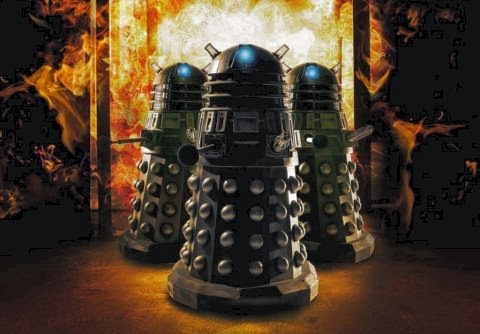 In one, the Doctor comes across a Dalek whose mind has been swapped with the colony's cook: a teenage girl from England. The Dalek-girl escorts the Doctor through the burning colony, using her new body to help him past obstacles. When we saw the scripts for the upcoming series I discovered my idea was oddly close to one of the new episodes, so we ditched it. The idea stuck though, and I was pleased for the opportunity to adapt it to D&D. I now have an owlbear instead of a Dalek, but the basic premise remains the same!

If you get a chance to play the adventure, I'd love to hear how it worked out. Be sure to check out the pre-generated characters I made, and practice your owlbear impressions. You'll need them!
Posted by Will Doyle at 20:12 10 comments

D is for Dracolich t-shirt! 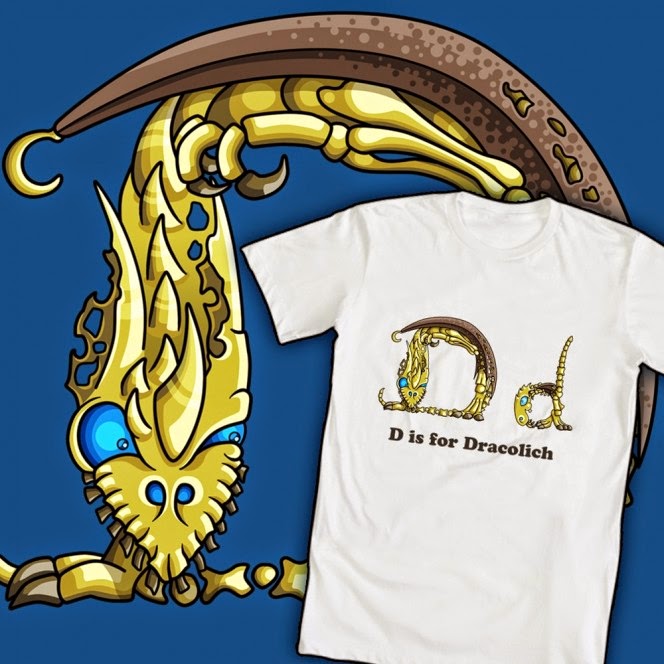 You want a "D is for Dracolich" t-shirt, don't you? I want one. Who wouldn't want one?

Well, head on over to the Tyranny of Dragons t-shirt competition and pop in a vote for Stacey's entry. If she wins, we can all spread the joy of learning our ABCs through D&D monsters. Come on, let's do it for the kids!

You can check out the other letters in her series here.
Posted by Will Doyle at 13:36 0 comments

All hail the Lizard God!

I'm delighted to report that "Island of the Lizard God" has won the grand prize in the one page dungeon contest, and if all goes well, will be published in issue #5 of Gygax Magazine! I'm blown away to have won against so many other great entries (my money was on Ramsey Hong's "Crimson Maelstrom" or Lorenzo Santini's "Revenge of Xarr-Zuul"), so I'm feeling pretty humbled. It's also worth mentioning that this year's competition was managed with military efficiency, so props to Mundi King for pulling everything together so quickly.

I was in Birmingham for the UK Games Expo when I found out that I'd won. Receiving the $500 cash prize couldn't have come at a better time (or worse, depending on how you look at it). That morning Stacey and I hit the trade halls and came out with a treasure trove of gaming goodies: 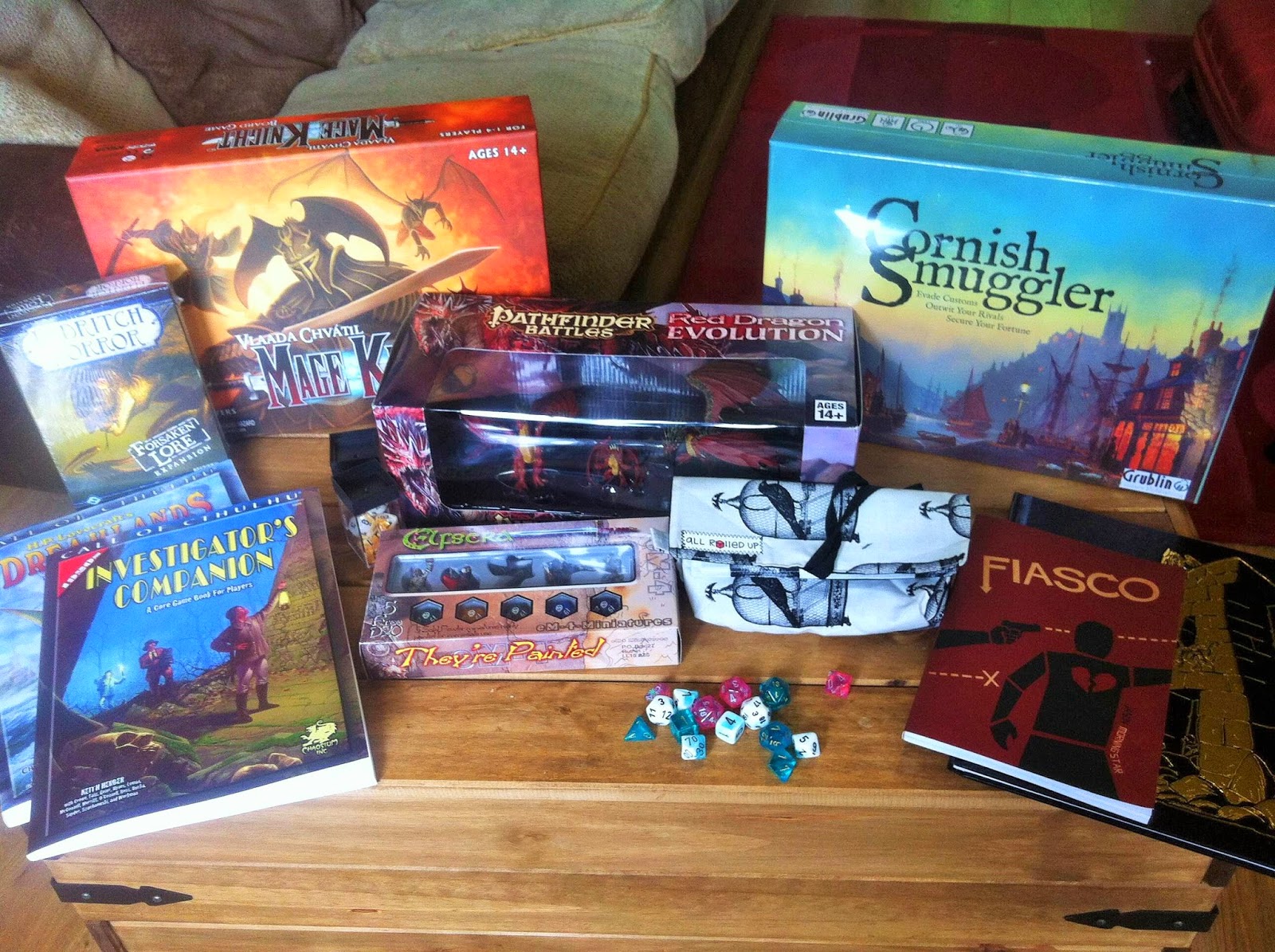 We had a fantastic show, managing to squeeze in sixteen hours of roleplaying across four different RPG systems in three days. We traveled back to the Dark Ages for a rain-soaked murder mystery in Call of Cthulhu, ran riot as goblins in Labyrinth Lord, went on a dungeon heist in 13th Age, and mashed up our favourite characters using FATE Accelerated. It was a real mix of DM styles - narrative, sandpit and ad-lib - which was great to see. When we left, two of our group had purchased new games from the show and were even talking about trying out GMing for themselves.

Overall, we couldn't have hoped for a better weekend!
Posted by Will Doyle at 12:17 6 comments