New Oath of the Ancients Tenets 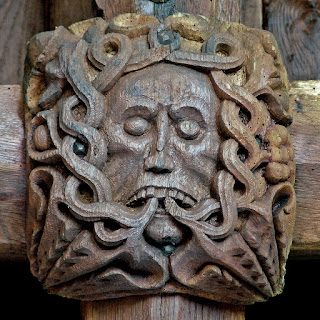 The Oath of the Ancients paladin subclass bugs me. We have this fascinating concept: a mysterious, “green knight” bound to the ways of the Old Faith: a figure straight from Arthurian or pagan myth. This is the horned knight who appears from the primal woods, draped in thorns and riding a giant stag. Unfortunately, its oath reads like something from a New Age relaxation tape. “Kindle the Light, Be the Light”, etc. It’s just too goody goody. Three times now I’ve had players get excited by the concept only to reject it due to the tenets of the Oath. I’d prefer an Oath that’s inherently good yet wilder, more in tune with the mercurial ways of nature. Here’s what I’ve come up with:

OATH OF THE ANCIENTS

The Oath of the Ancients is as old as the race of elves and the rituals of the druids. Sometimes called fey knights, green knights, or horned knights, paladins who swear this oath cast their lot with the side of good in an ancient struggle against evil that plays out across the wild places of the world. They adorn their armor and clothing with natural forms - leaves, flowers, antlers or bones - to reflect their commitment to preserving the circle of life and death.

Tenets of the Ancients

The tenets of the Oath of the Ancients have been preserved for uncounted centuries. This oath emphasises the principles of good as they occur in nature: wild and untempered. Its four central principles are as follows:

Defend the Wild. You are a guardian of the world’s wild places. Where aberrant monsters, meddling fey, or dark magic threaten to pollute the wild, you rise up to defend it.
Shelter the Lost. The world is full of dangers, and the innocent can tread unwittingly into dark places. You guide the lost back to the light, and shelter the weak from harm.
Test the Faithful. Deeds, not words, stand as testament to your faith. To win your trust, others must prove themselves to you on your terms.
Punish the Wicked. Those who commit senseless acts of evil undermine the circle of life and death. You are the thorn that shall tear them from this world.