Island of the Lizard God 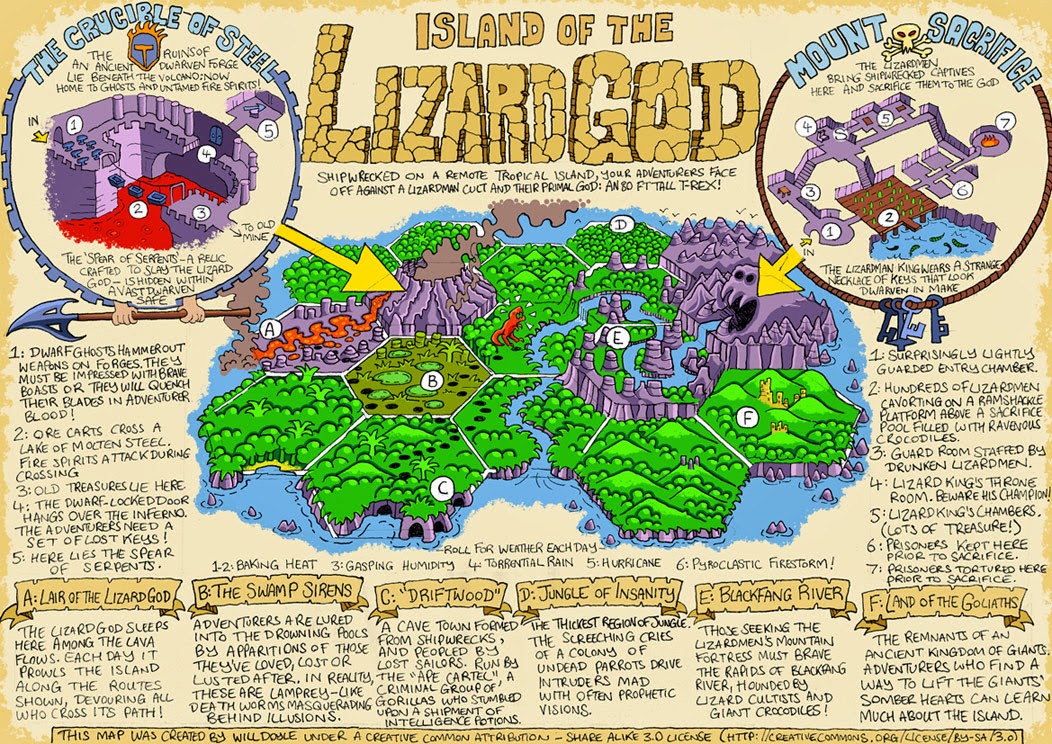 This is my entry into this year's one page dungeon contest!

"Island of the Lizard God" was inspired by the "Isle of Dread" D&D module, and the Fighting Fantasy gamebook "Island of the Lizard King" - both old favourites of mine. This year I flirted with various one-page dungeon ideas: a Call of Cthulhu adventure, a walking castle, even a fold-your-own random dungeon generator. In the end I settled on something simpler, something that spoke back to the classics.  Plus, two dungeons on one page!

This competition gets hotter every year, so I don't hold out much hope of winning. It's fun taking part though, and combing through the other entries is always a great source of inspiration for my games.  Best of luck to all the other entrants!

The Company of the Yellow Banner is my original 4th Edition adventuring party. We've been playing fairly regularly since 2009, and are now midway through the official HPE series of adventures. The characters are all 15th level, but we've hardly stuck to the books: I couldn't say how many sessions we've whiled away on side-quests, personal character arcs, and other random adventures. I gave up tracking XP ages ago, and now just level the party when it seems appropriate to the story.

The name stems from an early picture that Sandy drew of his character, the warlord
Brixton. He carried a magnificent yellow pennant, which in-game he proudly brandished at every opportunity. Brixton was beaten down in almost every one of those early fights, but he always gritted his teeth, spat out blood with a grin, and stood up to bring the pain to his enemies. His unstoppable resolve rallied his allies, and at the climax of "Keep on the Shadowfell" each member of the party tore a strip from the pennant and tied it around their arms as a sign of unity. 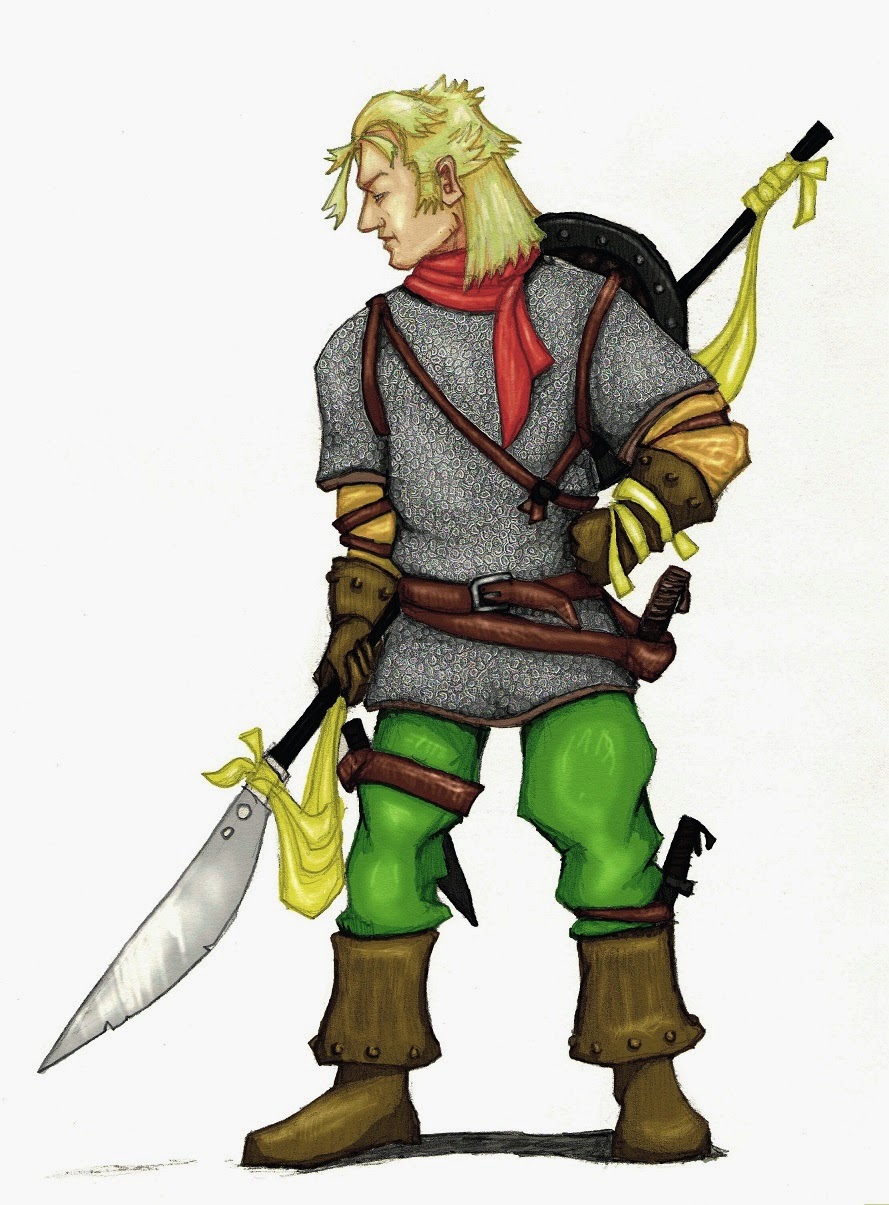 As they headed into the paragon tier I turned the Yellow Banner into an artifact for the group. I was inspired by a short campaign we'd played with another DM, who'd entrusted our characters with a dangerous supernatural artifact called the Ark. The Ark had a bank of power that could be tapped to heal allies, detect spirits, and lash out at enemies: basically padding out any of the character roles that the party was missing. It was a clever idea, and one that stuck with me for a long while. With the Yellow Banner I initially gave each player their own unique banner power, with each power tapping a shared pool of "Glory" that was built up over time through winning battles. In addition, the banner absorbed the soul energy of any companion characters who died in sight of it, allowing the PCs to call upon them for aid after their deaths. As I don't allow companions to be raised, this added a feeling of ongoing legacy to the artifact, with each dead NPC adding a unique power to its repertoire.

Unfortunately, in play all those powers became a little fiddly: we kept forgetting to add Glory, and the players rarely used their character's banner powers. The banner's main power - adding to the damage of all allies in range - remained pretty solid, but the powers themselves were either too conditional to use or too easy to forget. One of my players recently suggested that I rework the Yellow Banner into something new. I've been inspired recently by 13th Age, so I thought I'd integrate the "Escalation Die" from that system into the artifact. For those who don't know, the Escalation Die is a mechanic for speeding up combat that adds +1 to the players' attack rolls for every round that passes, up to maximum of +6. I like the rule, but I find it a little artificial, as it's a purely mechanical abstraction. I think integrating it to our artifact explains that bonus a little better. I ended up dropping the banner's old character powers, but kept its companion powers, which I reworked to improve alongside the Escalation Die.

Anyway, take a look. We'll see how it plays in our next game!