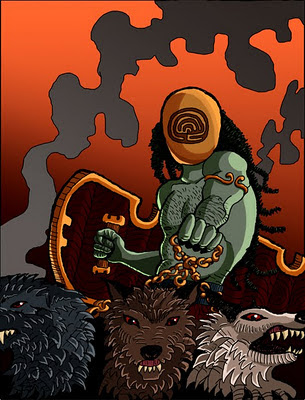 This week's article is all about the Stunned condition: a much-maligned rule that's fallen out of favour of late. Back in the heady days of the original Monster Manual, stun appeared all over the place. Dragons, for example, used to stun their opponents as part of their Frightful Presence attack. Nowadays, in the halcyon age of the Monster Manual III, they simply don't.
Not that ditching Stunned is a real issue to me (although I have to say, ditching Frightful Presence is). Nobody wants to miss out on their turn, especially with rounds sometimes taking upwards of ten minutes to rotate. The concept may have a precedent in card and board game design, but Dungeons & Dragons isn't a game of Uno.
We've had similar issues in my 3rd Edition campaign, with a PC called Hamish: a half-orc fighter/barbarian played by my good friend James. Hamish has a really bad Will save, and no matter how many Periaphs of Wisdom or Iron Will feats he bolts on, he simply always fails those charm saves. It's like the dice are playing to his character. Hamish has been possessed, scared off, dominated, charmed - the works. And consequently, James has spent a long time waiting for conditions to wear off. Hours. Days, probably, if you add up all the adventures we've played over the years. 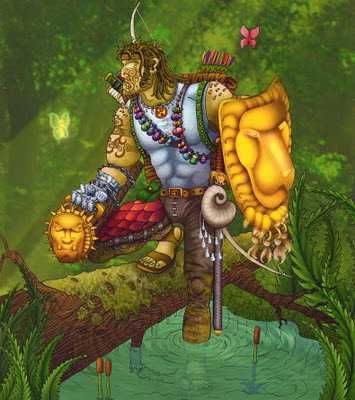 The last time Hamish got possessed it was by an ancient sorcerer queen called Akasi. We ended the session on that cliffhanger, so I had a good while to think about what could happen next. We don't get to play so often nowadays, and I didn't want James sitting it out. So I had an idea: instead of being lost, Hamish's mind could be banished into a labyrinth carved into the wall, where it would be hunted down by ravenous spirits.
Whilst Hamish's body rushed about under Akasi's control, our sorcerer managed to project her own mind into the labyrinth to aid him. So we ended up with a battle taking place simultaneously in two locations. It was pretty intense, and allowed James to play without actually controlling Hamish directly.
When thinking about Stunned, my mind went back to that Akasi encounter, and I wondered if we could do a similar thing in 4th Edition. In the end, I came up with the encounter provided here, which we ran at the finale of the Battle of Moonstair.
In brief, the party went up against a grimlock champion who carried a sentient magical shield. Every time the shield Stunned them, it hurled their minds back in time to fight its previous owners. If they could beat the champions of the past, the shield would grant them an edge in the present. To fully test the concept, I modelled the grimlock champion around the original Monster Manual's most notorious stun-beast: the Dracolich (updated to Monster Manual III maths).
Of course, the trick only works once: it's by no means a "fix" for the Stunned condition. But hopefully it'll be a memorable encounter for your group - as it was for mine.

Email ThisBlogThis!Share to TwitterShare to FacebookShare to Pinterest
Labels: dungeons and dragons, encounters